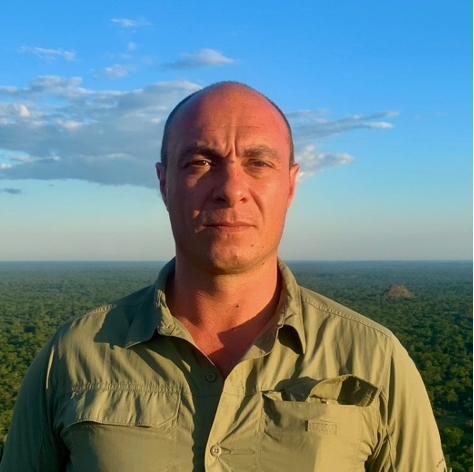 Thomas Prin is Project Manager (Africa) for the Foundation François Sommer / International Foundation for Wildlife Management. He has a PhD in Ecology from the University of Lyon.

He is a conservation ecologist and project manager with 14 years work experience in Africa. After living for 6 years in Niassa Special Reserve in northern Mozambique where he performed his PhD about the buffalo population, Thomas worked for several international NGOs in Southern and Western Africa.

He assumed the position of Conservation Manager and Field Operations Manager and developed business and management plans for several protected areas in Africa. Thomas joined the FFS-IGF in 2018 where he oversees the Gilé National Park Program. 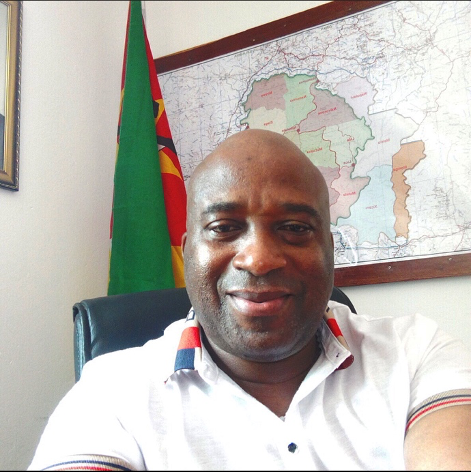 Since December 2021, João Juvêncio Muchanga is the new Warden of Gilé National Park.
João Juvêncio Muchanga is a Forest Engineer graduated at the Universidade Eduardo Mondlane in Maputo and he has dedicated his life to the study and management of ecosystems, climate change and eco-tourism. João Juvêncio was teacher at the secondary school in Maputo, professor at the Pedagogical University, Delegation of Niassa and responsible for the Forest and Wildlife studies and statistics department in the DNFFB (Direcção Nacional de Florestas e Fauna Bravia).
He worked in many regions of Mozambique:
Community Management Officer in Moribane Reserve (Buffer Zone of Chimanimani National Park), Head of Provincial Forest and Wildlife Services in Maputo and Gaza Province, ten years as Provincial Director of Culture and Tourism in the Province of Niassa e Sofala, Provincial Director of Culture and Tourism in Sofala Province and Head of the Forestry Department in Manica Province. 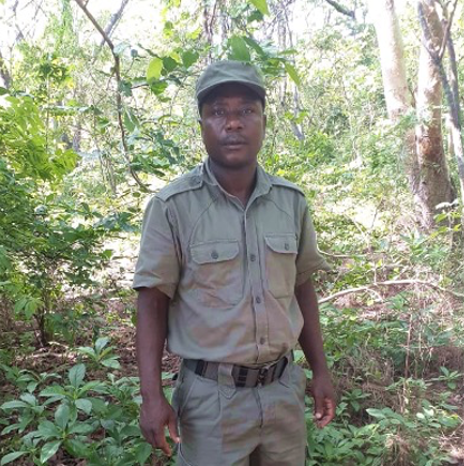 “My name is José Selimane Zavale, I am 45 years old, I was born and raised in the province of Maputo.

Since 2019 I am the head of the GNAP Law Enforcement Department. During my years of service I have learned a lot about the importance of natural resources and how they are closely linked to the co-existence of man and our planet. Continuity is necessary to guarantee a future for the next generations through education, awareness and the involvement of local communities and society.” 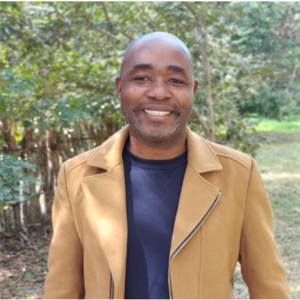 Read more
Sergio Macassa is the head of the Administrative and Finance Department. He has been working for different organizations that were linked to Gilé National Park since 2000. As such he dealt with the financial management of projects aiming at restoring Gilé National Reserve within the Movimondo NGO (2000-2004) and was a project manager of initiatives supporting the protected area with COSV (2006-2012). He joined the park’s structure in the early days of the co-management agreement between ANAC and the FFS. Sergio holds a degree in administration and company management from the university of Quelimane. Sergio is the longest standing employee of Gilé National Park. He has been involved directly in almost the entire evolution of the park after the end of the civil war. As such, he owns a precious knowledge of the park’s history and of the relationship with communities’ track record. Some even say that his footprint is ingrained in the protected area construction. He supported the enhancement of biodiversity conservation almost from scratch in the early 2000’s, defended the protected area during the toughest logging periods (early 2010’s) and is currently accompanying the blossoming of the Gilé National Park. Sergio believes that an efficient conservation program is bound to a good administrative back office support.

This position is currently under selection. For further information please write to admin@parquenacionaldogile.gov.mz 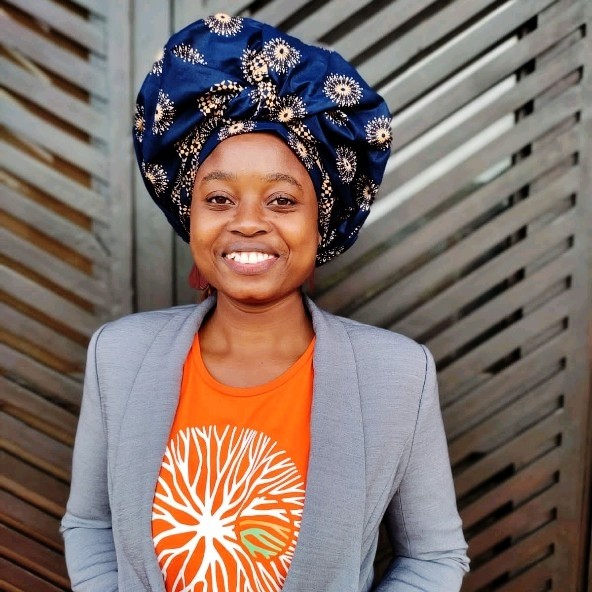 Biologist with a professional passion for nature and people development, with experience participating in relevant conservation projects and working with communities to create awareness on biodiversity and sustainability in the northern part of Mozambique (Palma and Pemba) and the central region (Gorongosa). Experience working with terrestrial and marine ecosystems. Celina holds an advanced diving licence, a Bachelor’s degree in Biological Sciences and a Master’s degree in Conservation Biology. She believes that awareness is enough to act for change to become a reality and dreams of a world where we all do our part to protect the planet and people. She seeks to harness knowledge and experience in areas such as research, leadership, management, community engagement, ecotourism and conservation policy. From December 2022, Celina is responsible for GNAP’s NTFPs project. 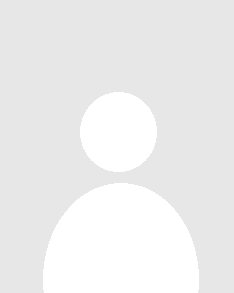 Atanasio graduated as a construction technician from the Commercial Institute of Quelimane, Zambézia. He has 5 years of experience in construction, civil construction design and budget planning. He is involved in supervising works in the renovation and rehabilitation of buildings, sanitation and water supply systems. He also attended the professional technical course on occupational hygiene and safety in Maputo.
He joined the GNAP team in November 2022.

Tomas Chipiri Buruwate is a Mozambican from Pemba. He did his early education in Zimbabwe and graduated in Wildlife Management in Tanzania at the Mweka Wildlife College.

He has worked for WWF based in Quirimbas National Park, for East Africa Safari as a manager and for Wcs as a logistics manager.

Tomas has worked in the Niassa Special Reserve for 11 years as Operations Manager making a substantial contribution to the Niassa Carnivore Project over the last 5 years helping to develop community based ecotourism and the construction of Mpopo Trails Camp.

For the broader Niassa Reserve, he has added many species to the Niassa Special Reserve’s biodiversity lists, from his work on fish to his surveys of reptiles and amphibians, and his work on gladioli and orchids.

His contributions and commitment to conservation in Mozambique will now continue in GIlé National Park. 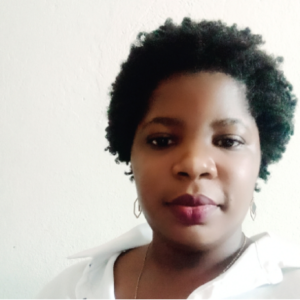 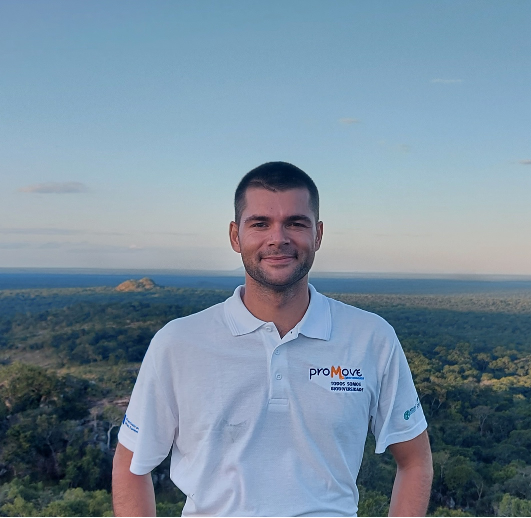 “I am the Technical Assistant of the Community Development Department and I joined the team in February 2019. I held a Master Degrees in Tropical Ecosystem Management and in corporate finance. Prior to my involvement in Mozambique, I worked for the Kenyan Ministry of Environment; I began my career as a responsible investment analyst in London.
In Gilé National Park, I manage a large project, co-financed by the French Development Agency, whose aim is to enhance biodiversity protection through the development of communities’ activities linked to Non Timber Forest Products valorization.
My understanding of conservation is based on the establishment of a positive coexistence between human and non-human beings. I am extremely passionate and dedicated to making impactful contributions towards wildlife and habitat conservation.” 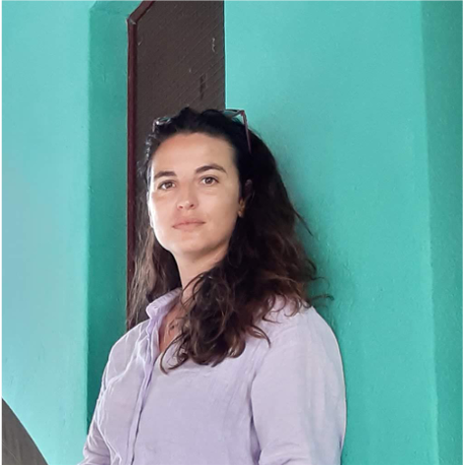 Cultural Anthropologist focused on social aspects, community development, NTFPs and women’s empowerment with  10 years’ experience in communication.  After working in West Africa from 2016 to 2019 promoting food security, Rachele joined the Gilé National Park team in January 2020 and is in charge of the GNAP’s visibility and social media management. 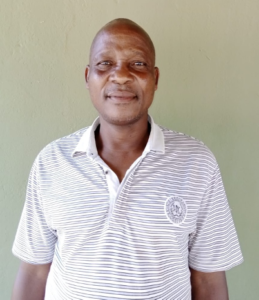