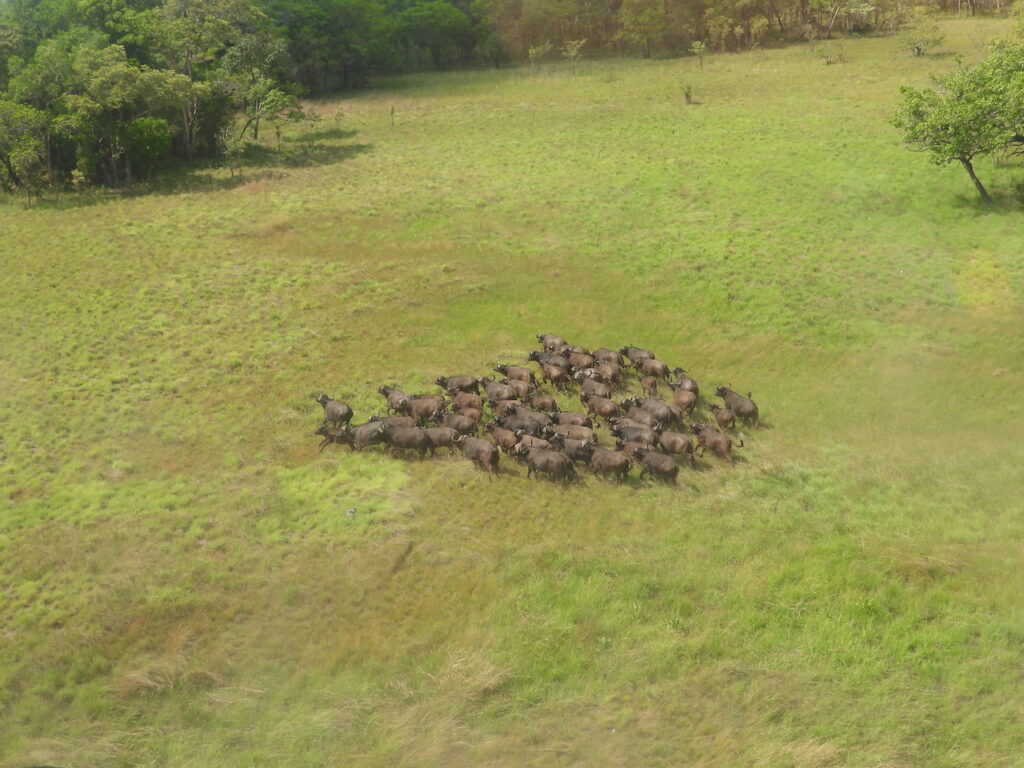 “Recovering key species for ecosystem restoration” is the theme of World Wildlife Day 2022.

What are key species?

Key species are all species (animal, plant or fungal) that have a strong impact in their territory, based on their numbers. Key species therefore play a stabilizing role in ecosystems.

Like many other protected areas in Mozambique, Gilé National Park (GNAP) suffered greatly during the period of civil war. During this period, wildlife, especially large mammals, was heavily exploited for meat by troops on all sides. Some species were completely eradicated in GNAP, such as the buffalo, eland, wildebeest, zebra and black rhinoceros (black rhinos were eradicated in GNAP in the 70’s for their horn).

How are key species related to the ecosystem?

One of the key species in GNAP is the elephant, which is closely interconnected with its environment. The vegetation on which elephants feed, the paths they create as they pass through the miombo, the seeds they scatter on the ground, are elements that interact with the habitat that surrounds them.
Even the delicate balance in the coexistence of humans and wildlife is related to the ecosystem in which we all live.

Other priority species in GNAP, whose numbers are constantly monitored, are the wildebeest, buffalo and zebra.
Direct and indirect observation (footprints, droppings) of wildlife is one of the crucial tools for understanding the health of protected areas and ensuring the recovery of key species for ecosystem restoration.